Summer is here and the beach is on our mind! Sunburns and sun safety are not the only things we need to be cautious about. ‘Tis the time to prepare ourselves for another beach health hazard, the dreaded “jellyfish sting”.

Jellyfish are present in all oceans but are more prevalent in warm tropical waters of the Indian and Pacific oceans surrounding Australia. Incidence of jellyfish sting has dramatically increased over the years owing to the influx of thousands of jellyfishes to the sea shore. Scientists believe global warming is responsible for such a trend. Warmer waters provides a favorable habitat for these marine creatures. It has been reported that 150 million jellyfish stings occurs each year. A recent event of a large number jellyfish sting that occurred in Hawaii, reported more than 900 beach goers stunk by Box jellyfish.

How a jellyfish stings you?

Jellyfish are equipped with stinging structures in their tentacles call “Cnidocyte” which discharges nematocyts, a cell containing venom responsible for the ill effects of a jellyfish sting on their prey. Evenomation (discharge of nematocyts) is triggered by mechanical stimuli, fresh water, and other chemical stimuli. The potency of the venom depends on the species of the jellyfish: Box jellyfish and Portugese man of war being the most dangerous types of jellyfish.

This entire process happens in a fraction of a second, making a jellyfish sting the most rapid mechanical event in nature. This is why first aid management of jellyfish sting is very critical.

Following a jellyfish sting, symptoms may be immediate or delayed. Stings can occur while you’re in the water or even when the skin comes in contact with a jellyfish washed up to the shore. Immediate symptoms include intense pain, redness, swelling and/or itching at the sting site. Wheals that follow the pattern of the tentacles may also be seen.

Delayed symptoms are similar to any contact dermatitis and therefore are usually diagnosed as a simple contact allergic dermatitis if the history of sea water exposure or visit to the beach is missed. It usually presents 3-5 days later as an erythematous (red), papular, itchy painless rash.

How to treat a jellyfish sting?

Jellyfish stings are mostly reported from beaches in Australia, or The Philippines. During my residency training in Goa, I did encounter a number of jelly fish sting, all of which were local dermatitis and pain, and I never personally encountered a case of anaphylaxis (severe allergic reaction) or fatal cardiac problems because of a jellyfish sting. I remember being asked by my professor about “Portugese man of war”, and I had no idea what this was at that time. Google search on this showed an article on the Times of India reporting sightings of this type of jellyfish in the beaches of Goa in 2018. So yes, though not as common as jellyfish stings in the waters of beaches like Australia or Malaysia, it can still occur in Indian beaches particularly the beaches of Goa.

Lets get down to the treatment part. Since there are thousands of different types of species responsible for the stings with different potency of the venom capable of causing various types of symptoms, there is still no one defined method to treat a jellyfish sting. The good news is that a majority of these stings are mild and self limited (subsides even without treatment).

The main aim of the treatment is to remove the tentacle from the skin and alleviate the pain caused by the venom released by the nematocyst during the sting.

Sea water soaks or flushing the area with sea water, helps removing the tentacles attached to the skin.

Local application of vinegar (4-6% acetic acid) though a common practice as a first aid method for jellyfish sting in various beaches around the world, laboratory studies have shown that vinegar can potentiate the release of nematocyts from certain multi tentacle species that frequent the waters of Australia. Vinegar is also contraindicated in stings caused by a ceratin species of jelly fish commonly referred to as “Lion’s mane” which are commonly found in the waters of Australia and Norway. Vinegar application is still adopted as a good method to relief pain from such stings in beaches away from Australia where such multi tentacle species are rare. Pouring of vinegar for approximately 30 secs to the affected area still forms the mainstay treatment for box jellyfish sting.

Vinegar is a good method, for jellyfish stings at beaches other than beaches of Australia and the Norwegian coasts. Always follow treatment protocol of the beach in concern as the type of jellyfish found at different beaches varies.

Mechanical removal of the tentacles using a tweezer or gloved hands can also be done for the tentacles that fail to be removed using sea water or vinegar.

Local anaesthetic, is indicated if the above measures fail to relief the pain adequately.

Anti venom, produced in sheep to neutralize the venom of the box jellyfish (C. fleckeri ) is also available and is reserved for life threatening reactions such cardiovascular collapse.

Fresh water, can alter the osmotic pressure which will favor the discharging of the nematocysts.

Urinating on the affected area, is a common mis concept that was even portrayed in the popular series “Friends, when Chandler peed on Monica after she was stunk by a jellyfish at the beach”. Urea, ammonia present in the urine has been shown to cause discharge of nematocysts from the tentacles which can release more venom and increase the pain.

Alcohol (spirits, ethanol), also increases the discharge of the nematocysts.

Mechanical trauma, such as rubbing the area will only stimulate the further release of the nematocysts

Do not rub the stung area while treating it. Gentle immersion or pouring of vinegar are the methods to be adopted

Pressure bandaging is also to be avoided.

Avoid manual removal of the stings using bare hands as secondary stings to the hands may occur.

It is important to remember that “Prevention is better than cure”.

Avoid hanging out at the beach if there have been local reports of jellyfish sightings. It is important to note that the tentacles of even dead dehydrated jellyfish that has washed up to shore can still release nematocyts with potent venom.

Wearing protective equipment such as full body Lycra suits are advisable for swimmers and divers especially in high risk beaches such as beaches of Australia.

Skin inhibitor cream such as Safe Sea formulated with a water resistant sunscreen are commercially available as Anti jellyfish sting which can prevent the nematocyst from discharging when it comes into contact with human skin.

When to visit the hospital?

For local reaction, such as pain, redness or swelling of the stung site, the above measures are adequate to control the symptoms.

It is important to remember that though a common occurrence, jellyfish sting are rarely fatal.

Now that we’re fully prepared for those beach days, lets take a break, step out and enjoy the sun and sand, armed with the knowledge of how to deal with the sting of these marine beauties.

2 replies to To pee or not to pee? The tale of the Jellyfish sting. 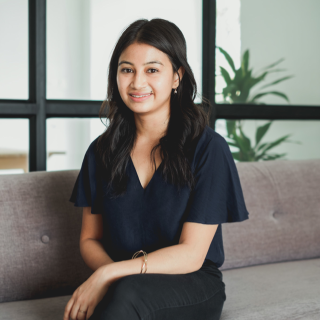